Previously we made a 23-man squad of players from countries that didn’t qualify for the Euros. Now here’s our look at the best players who have been knocked out of the Champions League.

Ajax conceded the least amount of goals of teams not progressing to the last 16 with Onana in net.

Shakhtar’s 3rd most capped player of all time.

A lot of experience.

One of Croatia’s most capped players, the center-back retired from international football after the 2018 World Cup.

A commanding presence who can step into midfield.

Reliable at left-back or in the middle.

414 passes completed, the highest amount of a player for any team to not progress.

Originally a winger, Hakimi can play as a right or left fullback. Buckets of pace and a great passer.

A left back with stamina to spare. The Argentine has been linked with big moves in recent years.

(We had included Dominik Szoboszlai who played for RB Salzburg, but he has since signed for RB Leipzig and will be eligible to play in the knockout rounds.)

The most exciting teenage midfielder in world football. Only 18, already an all around midfielder.

Similarly to De Gea in years gone, the red side of Manchester would be struggling greatly without Fernandes. Excellent playmaker who can start and finish a move.

The 18 year-old got his first UCL goal this season.

Box-to-Box midfielder who is already a leader at such a young age.

Does the deep-lying play-maker role well.

Scored 3 goals for Lokomotiv, including the equalizer against Atleti and one against Bayern Munich.

Scored 3 goals from outside the area, the most of anybody in the group stage.

Plenty of goals up front.

3 Assists in the group stage, the experienced forward can play on the wing or in the middle.

Joint top-scorer of the tournament so far with 6.

2nd top scorer of teams that haven’t progressed with 4 goals.

2 goals in 77 minutes, both coming in the 90th minutes of the respective games. 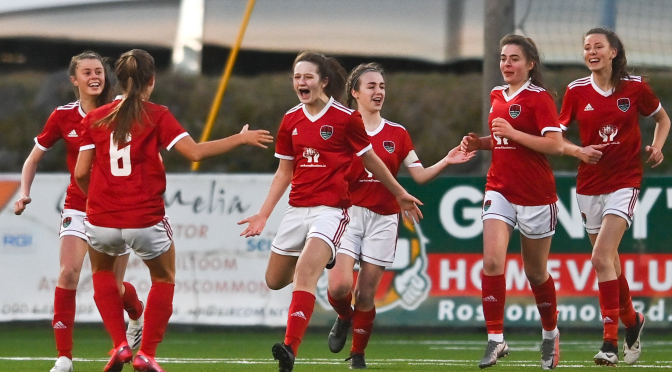 The word ‘banter’ gets thrown around a lot when it comes to men making sexist remarks against women. “It’s just banter”. “Girls can’t take banter”. “Relax, it’s not misogyny it’s banter”. Usually it’s stuff like that from lads who don’t respect women’s sport, or women at all.

Naturally sometimes the word banter has to be shortened to bantz because these lads are busy. They’ve got a lot going on. Mostly furiously typing disrespectful comments, and then rereading those comments while doing something with their other hand out of self-appreciation.

We saw a lot of this during the finals of the Women’s National League u17 season. Great talent was on display and we were fortunate that the football was being streamed live for free. And yet, for some reason the players, and those of us watching, had to sit through waves of disgusting comments.

For one thing, this was the u17 final. These girls were aged between 15-17. It goes to show how overly sexualized women are when even children playing a game of football, just football and with nothing sexual, are subject to sexually charged comments. Why do a lot of men do this? Why do they sexualize everything women do?

It’s both an insecurity and a learned behavior we constantly justify to ourselves. As men we are thought growing up that women are there to be won and fought over. We are taught if we are attracted to a woman that’s all that’s necessary, and we can hound them until they are ours. Ignoring the fact that they themselves are people with their own life. We are taught that if we see a woman we should comment on their appearance, because that is their most important quality. As men, we are taught women are there to be side characters and trophies in our lives.

It’s also an insecurity. Men are told to be big manly protectors of the fairer sex. So when they see women doing something well, particularly something they can’t, it leads to jealousy and getting defensive, and feeling like they have to put down those who are actually doing something with themselves. And yes of course men have pressures too. But that doesn’t justify sexism. Nothing does.

There’s a woman playing and she has a bottom, should I comment on it?

In 1764, German scientist Alfred Holestein discovered that not only do all humans, but in fact all mammals have a bottom. Furthermore, psychologist Cecil Plumbcheeks did research in this field and in 1877 found that all humans are very aware of the fact they they have an arse. And respected multiple sports therapists (including Oliver Anusalio, Henrietta Firmtuckus, and Ass McButtbum to name a few) have published papers which revealed the ampleness of ones cheeks has no impact on their ability to play football. Therefore, while it may sound like a good idea in your head, you don’t need to comment on the posterial section of the female body while watching football.

Shouldn’t women be at home cleaning or out finding a husband?

While I have no doubt anybody who thinks this shouldn’t be trusted with ironing and should certainly be supervised while washing a toilet, this doesn’t mean it is a women’s job. With adequate training and encouragement, even a man can do the dishes. Besides, everybody needs an outlet for both exercise and passion.

A women’s footballer has her DM’s open, is this an invite to send her a picture of my penis?

Although your phallic friend may occupy the majority of your thought process, the male human penis is not an attractive organ, and would be an unwelcome visitor to any inbox if unsolicited. Yes, even yours. Willie’s look like

This woman told me she is a lesbian, does that mean I just have to try harder?

Actually lesbians, first discovered in 1962, are quite uninterested in the less fairer sex and are content to have relations only with other women. While we here at Post to Post Sport have no earthly idea of the dynamics of such actions, we are reliable informed that it is great craic altogether and adding a langer would only sour an otherwise enjoyable activity.

Surely I have to say something about this woman’s appearance?

Despite what you may think, the aim of a female footballer is to win the game, not look attractive to the male gaze.

But how can a woman be as good at football as a man?

As anybody who has watched women’s football and knows something about football, rather than someone who just regurgitates what they hear on TV and only have virtual game time under their belt, the Women’s National League has produced outstanding talent over the last decade. The lads making these comments wouldn’t make it through a training session with a WNL side.