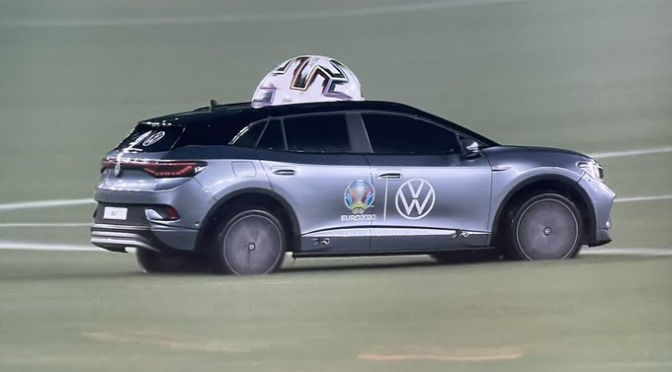 Round 1 of group games comes to a close.

Hungary didn’t deserve that. They played well, taking the game to the reigning European champions. Rather than through everybody behind the ball they attempted to play positive football and got the ball in the net only for VAR to rule it out for offside.

Portugal in the end, as champions do, found a way through. 2 goals in the last 6 minutes, and a late sensational finish by Ronaldo sealed the win. They possibly suffered from having Fernandes, Silva, and Jota all trying to take up the same spaces. Andre Silva, more of an out and out striker, should start against Germany. Ronaldo stretched the game and despite not being spectacular got two goals. Portugal will find their way through.

Hungary will know a win may not even be enough for them in their remaining 2 group games as goal difference will likely be a factor in ranking the 3rd place teams. There were positives, but they look set to crash out.

France had most of the ball and Germany were rather lackluster. Hummels turned the ball into his own net, but the World Champions couldn’t build on that goal. That may be a problem for France, for all their talent they don’t blow away teams.

Germany created, but seemed somewhat like a team of individuals. They had the odd chance but Kroos and Gundogan weren’t allowed into the game at all. Germany could end up exiting the tournament at this stage based on this performance.

That’s the first round of group games done. Italy and Belgium were the two most impressive sides so far in this early stage.

After seeing one of the favorites play yesterday, another was in action today.

Sommer made a huge save in the first half. Aside from that both teams were poor in the first half. The Swiss had no ideas going forward, and Wales sat everyone behind the ball. At one stage it yook an age to get a new ball on the pitch, did they only have one in Baku?

The highlight of the game was Daniel James being extremely pissed off to be substituted. There were two goals. Embolo put Switzerland ahead before Moore broke away from the back, intelligently backing up and powerfully heading home an equalizer. This game tells us we won’t miss much if both these teams go home in the group stage.

The performances of both teams is very much secondary to what we saw on the pitch towards the end of the first half. Confusion turned to fear as Denmark’s Eriksen, who didn’t appear to have anything hindering his performance for the opening 40 minutes, suddenly collapsed as he was passing the ball to a teammate for a throw-in. Nobody was sure what happened. It seemed at first he had just stumbled and fallen from the TV picture. However the reaction of the players nearby indicated something far more serious. Suddenly paramedics rushed on the scene and worked to resuscitate the Dane as his teammates formed a circle to cover him from the camera. We’d have to believe if there was a known severe medical problem it would have been flagged by the Danish staff or the staff of his club Inter.

The game continued, apparently upon request of the players, but they were likely not in the best position to make decisions.

As for the match itself, Denmark were on top in the first half and created chances. Finland defended resolutely and tried to get Pukki into the game. To the players credit the 2nd half didn’t see any kind of slump. Surprisingly Finland took the lead, against the run of play. They played out from the back, Pukki played it out wide, and Phjanpolo headed in a cross as Schmeichel couldn’t palm the ball away. Finland scored with their first ever shot on target at a major tournament.

Denmark were awarded a penalty, a very dubious one. 14 minutes after Finland took the lead Hojberg shot low to the left, into the grasp of Hradecky. Finland took Pukki off, which indicated their intentions to defend.

That’s their first win in Coppenhagen since 1949. Finland have every chance of progression now as long as they can keep the score down against Belgium, and get something off Russia. They are difficult to break down and are dangerous on the break.

Lukaku’s early goal seemed like it would set the tone for Belgium in the group, and for Lukaku in the tournament. Taking advantage of a defensive lapse, he ran to the camera and told his Inter teammate who collapsed earlier he loved him. Meunier’s second was coming.

Belgium have the most combined caps in their squad of any team in the Euros. That shows in how cohesively they play. This performance was without De Bruyne and Witsel, and it was still a routine win. They’ll need a bit more creativity against better teams, hopefully for their sake they will have De Bruyne back fit and Hazard will be on form in the knockout rounds.

They sauntered here, and they should get through the group with relative ease. However any injuries defensively will give them problems.

Russia were poor apart from the opening 5 minutes of both halves. The goals came from defensive errors.

A day we will remember for sad reasons. But thankfully the word is that Eriksen is in a stable condition in the hospital. The choice for Denmark has been revealed to be playing finishing the game that night, or at 12pm the next day. Not a great choice to be offered considering the circumstances. It was brave of the Danish players to continue.

Really hope this win for Ireland gets more attention on the Women's National League for the remaining fixtures. The WNL deserves the eyes of football fans around the nation with so much quality.
4 live WNL games to be shown on TG4. This is huge.
We're at the UCD Bowl for @dlrwaves vs @galwaywfc.
Bray vs Athlone teams
If one person sees it and knows they're not alone, or one person sees I've been there and it's worth making it through, I will always wear this ribbon.
@dlrwaves played out 3 classic games against Idle this season. Relive them all here.
Strong Ireland squad.
🇮🇪Ireland 1-1 Serbia🇷🇸
Finally some luck for Stephen Kenny. OG gives Ireland a point at Serbia after a very good performance.
Gavinluigi Bazunu
#IRLSRB #COYBIG
Only one of these players were awarded a Post to Post Sport Post-it for player of the season within the past few years
No argument about it
I think we made our point
Ref wanted it that way
Bray Wanderers last minute penalty
Create your website with WordPress.com
Get started
Loading Comments...