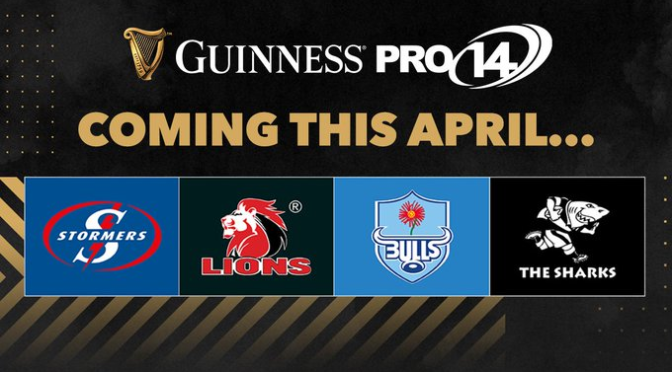 With the current Pro14 (Pro12?) fixtures wrapping up in March, and the new South African teams usually found in Super Rugby forming the Rainbow Cup, it appears that the international tournament will be rebranded as the Pro16 (for those wondering about the other 2 South African teams that previously featured in the Pro14, Southern Kings had entered voluntary liquidation, and the Cheetahs appear to have moved to a Currie Cup team.)

With the move to add the 4 South African teams to the tournament, we are currently looking at the largest, professional, rugby club competition in the world. That means that the old style of double round-robin fixtures is not possible to ensure the well-being of all players involved (looking at you, Top14.) There has to be 2 goals to ensure everyone is satisfied:

The size of the tournament looks more similar to American Football than Rugby Union…so, let’s take a page out of their book! As well as having conferences, the NFL also has divisions – smaller leagues within their conferences. We can apply the same, and even use geography to determine these divisions. Therefore we will have:

Now, how will conferences and divisions work. Well, the conference structure used in the Pro14 makes sense to retain. Therefore, half the teams in each division should be in their own conference (2 Irish teams, 2 Welsh teams, 2 South African teams, 1 Scottish team, and 1 Italian team.) By maintaining these as home and away fixtures, it gives a team 14 games in the season, so far.

As we all know, a local derby has some of the best rugby to watch – the drama, the chance to rectify a loss either in the previous season, or earlier in the current competition, and goes down well during the Festive period. As such, it would be foolish to let these games be once a season. So, in our hypothetical model, a team in each division would play the remaining 2 teams in that division home and away as well (the remaining team, they are already facing twice as part of the conference set up.) This adds an extra 4 games to each team’s season.

So, we are still under the 21-match limit for each team, but some way off the total games per season (16 and 128, respectively.) We can afford to add in a few more games. Here’s where come to the availability of the divisions comes into play; a team from one division will play the teams from another division, in the opposing conference, either home or away. Let’s use Leinster as an example;

So, let us recap the total number of games each team will play:

This gives us a total of 20 games per season, with 10 games at home, and 10 games away. Perfectly balanced, as all things should b-

Wait a second…20 times, by 8 games a weekend, leaves us with… 160 games a season! We did it! But hang on – that’s just the regular season. What about the Championship series in the post season?

Now, we could keep the well-known playoff format that has been used in the Pro14 prior to Covid-19’s intrusion… but let’s have some fun! In this scenario, the post-season for this Pro16 would take the top 4 teams of each conference, and place them into a new play-off structure:

Why this unique approach? Well, mainly for the TV money – building up the suspense for these games, the unpredictability that can unfold, it can be a goldmine.

Imagine it; your team is top of the Conference, but somehow loses Game A (probably the TMO, bloody eejit!) After that knock, they rally to win a tight fixture in Game C. Then, despite having to have played an extra game, they win the Conference Final! All they have to do now, is beat the other Conference champion, and they’ll have won the first Pro16 Championship. Immortality awaits…

As for Champions Cup qualifications…that’s out of my remit. ERCC will need to pay me to get those details.