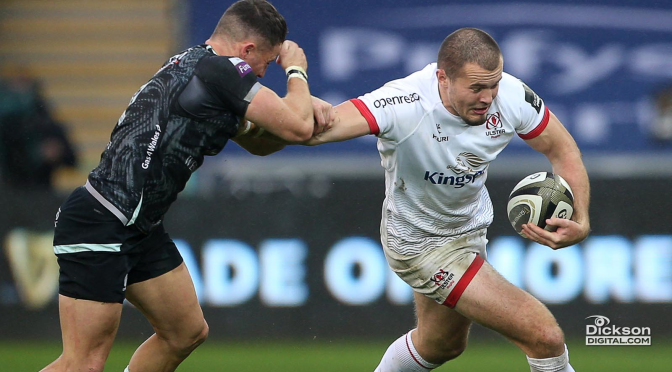 Ulster eventually shook off Ospreys late on in the game, but most of their talk will be of their captains dismissal. Ulster saw themselves in control of the game for long periods, but with Iain Henderson being shown a late red, they and Ireland will now likely be without the lock for upcoming games.

Stockdale scored the first of 3 Ulster tries while Marcell Coetzee got the second after halftime. 4 Ospreys penalties kept the Welsh side in the game, when really Ulster should have been out of site. Ospreys struggled to deal with Ulster’s power. Eventually Cooney got over to seal the win, converting his own try.

Henderson was shown red late on for charging shoulder first into a ruck. Ireland and Ulster face a nervous wait on his availability.