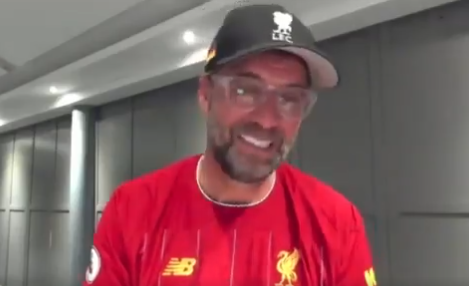 The Premier League has wrapped up for another season, the longest ever season, and a bizarre one with ups and downs. Rodg, Steve, and Ron have picked their awards for the season.

Player Of The Season

While most will point to De Bruyne and his individual brilliance, I would point to the fact that his individual brilliance didn’t push City to anywhere near a title challenge. Henderson being the heartbeat of a team who went from agonisingly losing out on the title to comfortably winning it is more impressive. The leader of a team who got 99 points and blew everyone away is my player of the season. (Not the best player in the league or even at Liverpool but perhaps biggest influence in Liverpool team)

He made his debut for United two days after they were beaten 2-0 by Burnley at Old Trafford. Since then, United have taken 29 points from 13 games and he has eight goals and seven assists in that time. No player means more to their team right now than the Portuguese midfielder.

The best team in the leagues most important player. Started every one of Liverpool’s Premier League games. He’s simply the one player in the regular starting XI who if you take out Liverpool become significantly worse. Marshal’s the defense, the goals he prevents are as good as scoring at the other end. We saw his impact when Liverpool lost Alisson in the early part of the season, the Champions elect remained firm defensively due to the Dutchman’s presence. Honorable mention to Sadio Mane, long underrated but proved this year he’s the best of the prolific front three.

Manager Of The Season

Breaking away from the Liverpool dominance, going for a bit of a wildcard here. Southampton’s recovery from that 9 nil loss at home to Leicester is a wildly underrated achievement. Being able to manage the players and keep your composure and recover from a hugely damaging defeat is something I’m not going to overlook. Most other clubs sack their manager in these circumstances and most other teams and managers fall away but not this team or manager, in the end they survived comfortably and are an enjoyable team to watch.

In August, Solskjaer was the bookies favourite for the first manager to be sacked. Instead, he brought his team to their second best Premier League finish since Alex Ferguson. You only have to note how much attention Liverpool fans are paying to Manchester United to realise that Solskjaer is building something

After a difficult start to the season, which started in July with Europa League Qualifiers, Wolves began to climb up the table and were challenging for Europe until the end. They were 19th after 6 games without a win, largely due to fixture overload, but Nuno figured out how to get the most out of his squad, with the team spending the last 27 rounds of the season in the top 8, and until fairly late in the season pushing for a Champions League place. Could have given it to Sean Dyche or Chris Wilder, who equally over achieved, but Nuno has built Wolves into a very solid outfit who look set to the contend for European places in future. He got the best out of the likes of Traore, Doherty, Jimenez and more. The break before the Europa League resumes will do them good.

Goal Of The Season

Liverpool’s version of Brazil’s famous final goal in the 1970 World Cup final, similar strikes to finish off excellent performances, Brazil’s build up and the stage might just shade Liverpool’s but hey.

Something we thought was only possible from the Mardonna’s of the past or from Prime Barcelona from a few years back. Son had to beat at least 7 opponents on his way to scoring all on his own, the Korean did just that.

Surprise Of The Season

For once in recent history Liverpool may not have got the best deal out of a transfer. Ings after securing a permanent deal to Southampton has provided beyond value for money and if he can continue even half his form this season was a bargain for Southampton. I suppose it’s about time Liverpool gave back to them.

No fewer than 13 goals from Irish players this year. And more than three of them from strikers. That bodes well for Euro 2020/1

Of the three promoted teams Sheffield United had gone the longest without Premier League Football. Despite that it looked for a while like they could be playing European Football next season. The lengthy break seemed to take it out of them, but they got as many points as they could early in the season and finished respectably in the top half, well clear of trouble, which is where many thought they would be.

Meltdown Of The Season

Watford looked destined to get relegated early on. Then Pearson seemed to save them and they looked relatively safe. Sacking Pearson then with two games left and ending up getting relegated just eclipses Leicester’s failure to reach top 4.

They were breathtaking in beating Southampton 9-0 in October, but since then have been in relative freefall, gaining less points than the Saints over the remainder of the season. How they missed out on Champions League football despite being in a title race in December is a damning indictment on Brendan Rodgers’ management,

At the Etihad Stadium Premier League football was returning after a lengthy hiatus due to the global pandemic. Just past the 23 minute mark, David Luiz came on for Pablo Mari. Wearing Arsenal’s navy away kite, pointing to the sky as he came on, it would soon become apparent the the Brazilian had forgotten how to play football. An aimless 50-yard punt up the pitch would signal what is to come. In injury time at the end of the first half, Kevin De Bruyne played a ball that seemed wasy enough to deal with. David Luiz decided to deal with it by kneeing it into the path of Raheem Sterling. 1 – 0. Having taken half time to compose himself, Luiz comes out for the second half. He lets Mahrez get goal side of him and lets him get into the box before taking him down. Red Card. That’s the end of a magical spell lasting just over 25 minutes.

Disappointment Of The Season

Lacklustre and uninspiring. They might have mustered a 6th place finish but they went from an energetic exciting team to one that looks incapable of competing against the best in a short space of time. The future looks very average and inconstant and disappointing for Spurs.

Their fans are insufferable. The last time they won it I was 7. I hope I’m 67 the next time.

Ending Up With The Usual Suspects

For so long this season it looked like we would have at least one, but possibly two teams that don’t usually get European football in the top 4. Leicester City collapsed in the second part of the year but were on course to finish 2nd for large parts of the season. Sheffield United also looked like they could pull off a miracle. Wolves too pushed for the big time, but ultimately seemed to struggle having played 57 games this season. Although the latter could still qualify for the Europa League if Chelsea win the FA Cup, or even the Champions League if they win the Europa League themselves.

Shithousery Of The Season

(Update they didn’t) not a positive or enjoyable account of shithousery but unbelievable levels of it.

What a return to the Premier League this was for Luiz. First off, he doesn’t start the game. Then he comes on as a sub and forgets how to play football and lets the ball bounce off him into the path of Raheem Sterling for a City goal. Then, five minutes into the second half he needlessly fouls Mahrez and gives away a penalty and gets a red card. Just brilliant all round.

Aston Villa Partying All Night Over A 17th Place Finish

Villa were big spenders in the summer, yet only survived by 1 point. Considering they were gifted a point by goal line technology not working, and another point by playing a West Ham who were on holidays on the final day, that should have merited a sigh of relief rather than wild celebrations. However Villa celebrated harder they did when they won the play-offs last season. Top 17 is the new top 4.

Goal line technology and VAR failing and giving Aston Villa the point that ultimately kept them up. There were a lot of bad and awful VAR/Ref decisions but this one really took the biscuit and took Bournemouth to the Championship.

Performance Of The Year

Trent (as Liverpool fans annoyingly call him) was outstanding for Liverpool in their 4-0 win at Leicester over Christmas. This was the moment when we all realised we were looking at a very special Liverpool team and Alexander-Arnold was brilliant. Two assists and a goal from full back against a team that just missed out on Champions League football. Outstanding.

Team Of The Season

Let us know your team of the season and your highlights.

Our European Football Show Box to Box comes out on Tuesdays. Click Latest Episodes to get this weeks edition. Or you can search Post to Post Sport on most podcast platforms, including Spotify, Pocket Casts, and Player FM. 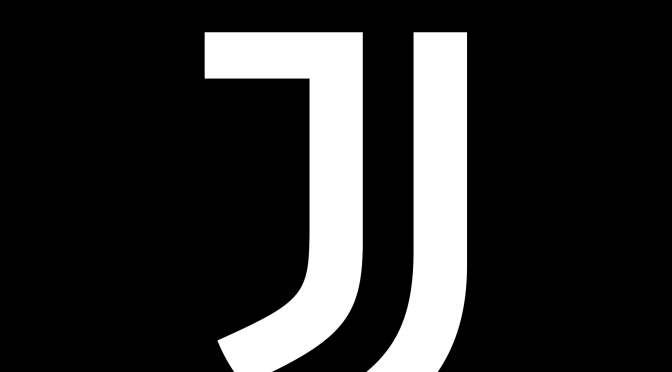 Juventus beat Sampdoria 2 – 0 to claim the Serie A title with 2 games to spare. Cristiano Ronaldo scored his 31st goal of the season and dedicated the 9th consecutive title to the Juve fans. Bernadeschi scored the 2nd.

Ronaldo is the second top scorer in the league after Immobile, who is on 34.

Juventus have won 9 titles in a row, which is a record in the top five European leagues. As is their 36th league title, which is two ahead of Real Madrid with 34 La Liga’s. The record for most consecutive league titles comes from the Vanuatu league with Tafea winning 15 in a row. The European record is 14, which is shared between Loncoln Red Imps of Gibraltar and Skonto of Latvia.

Juventus will play Lyon in the last 16 of the Champions League. They are 1 – 0 down from the first leg.