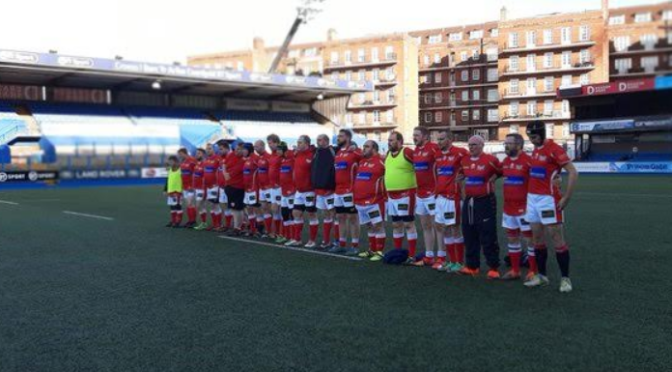 In sport, especially rugby we try to be inclusive whether this be fans or players, from the smallest team to the largest teams.

A big part of this has been the introduction of mixed ability rugby with teams springing up across the world. These teams are all-inclusive, from players coming back to rugby who need to ease their way back in, new players who wish to give rugby a try(no pun intended), to players who have physical or mental disabilities and cannot take contact due to their conditions.

This is how I became involved in this form of rugby. I missed being on the pitch and being part of a team but due to a neurological condition, it meant I could not take heavy contact.

Having played this season, it is amazing to see the skills and commitment of the players.  There is a great camaraderie within the sport, from coaches, captain, senior players, we try to encourage those who are less confident or feel that they are less skilled and being part of a team environment, it is great to see these team mates, who would not be able to play rugby normally, grow in confidence, fitness, and become more outgoing both on and off the pitch, they are keen to learn and be involved.

Where they are unsure either in matches or training, by talking to them and running through drills slowly, they learn and sometimes are better than the team mates.

The games are played under normal rugby rules, with a couple of exceptions, scrums are uncontested, players who do not wish to take contact wear bibs and for them it is touch rugby. These players are not tackled and only have to touch opponents, once touched they go to ground as per a normal tackle and form a ruck but there is no contesting for the ball.

There is also a World Cup for mixed ability rugby teams, this was to be held this year in June, 24 teams from Ireland, England, Scotland, Wales and as far away as Argentina, Spain, plus an IMART Barbarians team, an estimated 720 players competing over the 5 days, descending on Cork and hosted by Sunday’s Well RFC Rebels Rugby, under the IMART banner and supported by IRFU.

Unfortunately, due to the current situation this has now been postponed until 2021 but even in this situation, players are still supporting each other and working towards the goal of playing at the tournament next year.

We have been using Zoom and messaging services, to make sure that the most vulnerable players with in squads are doing ok and still included in the team ethos. This has included making videos, quizzes, and we are holding our end of season awards in the next week, which we have been voting for our player of the season etc.

It would be great to see in coming years, support for these teams from Pro14, Premiership clubs, etc plus the Unions, to drive this side of the game forward and make the game we love truly inclusive of all.

Below is one of my photos from our game against Cardiff at the Cardiff Blues Ground, on Remembrance Sunday, we are marking the 2 minutes silence.

One thought on “Rugby becoming all inclusive”